The development of the City of Niš and the operation of the OLED have also been recognized by the others. The City of Niš is one of the five cities in Serbia to be selected as the first champions of local economic development in a competition conducted by NALED. In the ranking of financial, economic and business potentials of cities and regions of Europe by Financial Times and fDi Magazine, the City of Niš has officially been ranked 7th small European cities of the future in the category of FDI attracting. As a region, Niš took 3rd place. The City of Niš was also nominated for the Emerging Europe Award at this year's European Leadership Summit in London, in the category of promotion of FDI strategies of the year. 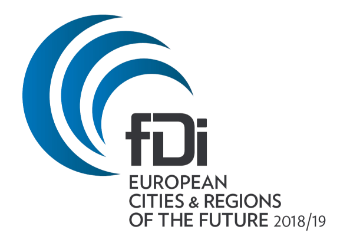 The prestigious Financial Times fDi ranked the City of Niš high on the 7th place of small European cities of the future 2018/2019 in the process of ranking financial, economic and business potentials of cities and regions of Europe. By the same criteria, Niš, as a region, was ranked 3rd among the small European regions in FDI attraction category. FDI foreign direct investment - European cities and regions of the future 2018/2019 ranking aims to find the most promising cities and regions in Europe, not only in EU member countries but also beyond.

The City of Niš was nominated for the Emerging Europe Award at this year's European Leaders` Meeting in London in the category of FDI Attraction Strategies of the Year. The City of Niš competed for this prestigious award with the cities of Debrecen (Hungary), Galata (Romania), Vilnius and Klaipeda (Lithuania) and the cities of Krakow, Lodz, Poznan, Wroclaw and Sosnowiec (Poland). In this category, the creativity, effectiveness and success of the local government department strategies were evaluated in the field of FDI attraction - in this case the strategy of the Local Economic Development Office of the City of Niš. This is another confirmation that the team of professionals jointly working on attracting FDI accomplish their tasks in the best possible way, but also that this team and dedicated work is recognized, not only in Serbia but also in Europe.

The City of Niš is one of the five cities in Serbia to be selected as the first Local Development Champions in the NALED competition, conducted with the aim of selecting the best practices of local governments. By being selected, the City of Niš gained confirmation that it reformed its administration and implemented new models and approaches to work, with the aim of improving the quality of life in the local community, raising the level of service to citizens, attracting new investments, establishing partnerships with the existing economy, encouraging entrepreneurship and local economy development.

In recent years, Serbia has positioned itself as one of the most significant destinations for new investments. Out of the large number of companies that started their businesses in Serbia, some successful European and world companies have chosen Niš to develop their business in our country.

Creating a better business environment and more economically competitive and stronger local communities with better conditions for economic growth, job creation and improving population living standards is one of the tasks of the Local Economic Development Office.

In order to be more efficient, closer to the citizens, more flexible in the EU integration process and more successful in the process of planning, preparing, implementing, monitoring and evaluating projects, the organizational structure of the City of Niš was changed in early 2017 and project management issues were placed at the top of the priorities.

Niš, a great place in world history, is today the leader of the economic development of Southeastern Serbia and a community of people who are dedicated to its further progress and who are responsible for building the future for generations to come. This reflects the size and strength of our Niš, one of the oldest cities in the Balkans and the gate to East and West. Niš is today the driver of industrial and economic development, regional, administrative, educational, health, cultural and sports center of the region of Southeastern Serbia. 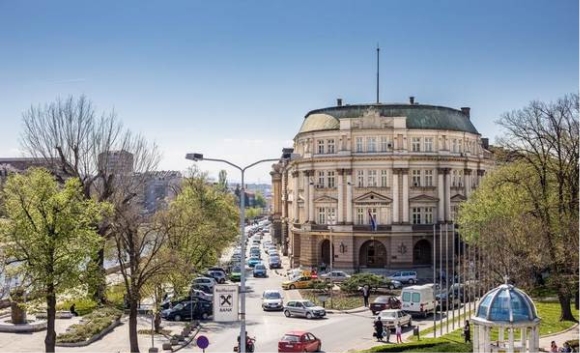 Mass vaccination in the LEONI company

When we considered the continuation and expansion of our business in Serbia, we immediately chose Nis. As you know, we have a factory in Prokuplje, with the same production program that we intended to do here in a new factory. In addition, this is a great place to invest because we already have relationships here, and road connectivity is something that is very important from the point of view of our logistics. The supply of manpower was of great importance to us as we were able to find the required number of workers here for our factory. I want to emphasize that from the very beginning we had the full support of the City of Niš and all competent institutions, above all the Office for Local Economic Development. There was no obstacle that would slow us down or affect our decision to build a third factory in Serbia right here in Niš.

The decision of the Beneton-Olimpias Group to invest in Serbia and the City of Niš was made in Belief that we will find the right staff here, excellent logistical conditions and an optimal geographical location and that we will develop a strong partnership at national and local level. Our expectations have largely been fulfilled, as evidenced by our many years of presence. We would like to thank the local authorities and representatives of the Office for Local Economic Development, who support us in the implementation of our business plans. We welcome an active policy of developing the economy and attracting foreign investment, so that we can take advantage of all the potentials and benefits of doing business in the Nišava district, which have attracted us and made us stay for many years in this city, because Niš is our city, too! 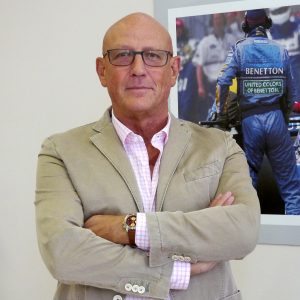 ZUMTOBEL GROUP would like to this opportunity to share our positive and collaborative experience working in partnership with City of Niš, Office for Local Economic Development team. Since we started our project here, we have received excellent support, cooperation, guidance and enabling our strategic investment project to establish our manufacturing operations here in the City of Niš. Throughout the development, planning and execution of our project we have received outstanding cooperation and partnership experience in working directly with OLED who have been instrumental in providing clear direction with local economic development, applications, permits and environmental compliance, ensuring their continuous, active and dynamic engagement of support from project start to project finish. These positive experiences and support received throughout our entire project also played a major role in the successful completion of our new manufacturing facility in the City of Niš where we opened our factory on scheduled time in September 28 th 2018.

Decision to expand our presence and operations in Serbia, by opening new factory in Niš and southern Serbia in general turned out to be very good. Yura Corporation carefully considers all investments potentials of some region or city. We are proud to the fact that our corporation was among the first companies to discover all the potentials and benefits which City of Niš provides such as geostrategic position, airports and infrastructure. As a city with a strong industrial background, City of Niš abounds with skilled labor and existance of the Univercity is another advantage. Nowdays our corporation employs more than three thousand people from the Niš district which set as on the on the first position as a largest foreign employer in this city. We would also like to emphasize good cooperation with local authorities and public institutions and point out that together we managed to overcome any difficulties . For the next successful years to come. Together we are Faster and Better.