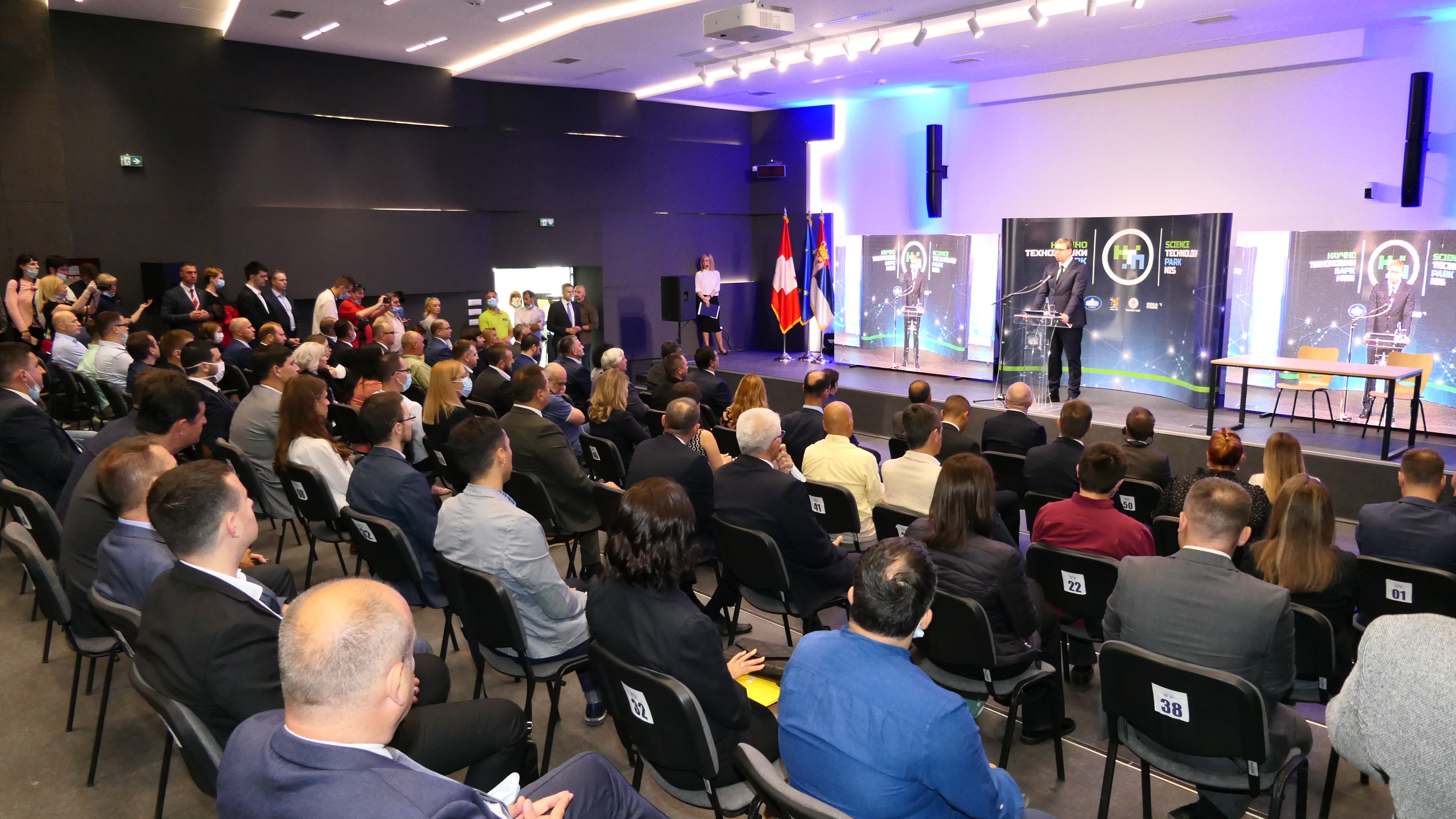 The Science and Technology Park was opened in Niš, in the presence of the President Aleksandar Vučić, Prime Minister Ana Brnabić, Ministers Mladen Šarčević and Henad Popović, Swiss Ambassador to Belgrade Philippe Guex and numerous other high-ranking officials.

The new space for the work and development of IT companies and start-ups from this region covers more than 14,000 square meters, and contracts have already been signed with 31 companies that will develop their products starting from July and search for a chance at a demanding market, primarily at information and IT technologies market.

“We have opened seven factories in Niš, but the most important thing for the further development and progress of the city is the construction of the Science and Technology Park,” said Serbian President Aleksandar Vučić, while visiting the newly opened facility.

“Few people believed that we would be able to raise Niš when we, as Government, stayed here for seven days in 2016,” said Vučić and pointed out that it was a moment when a path was made for a more successful and advanced Niš. He also said that Niš has to develop and grow even faster.

“The citizens of Niš have been endeavouring for decades for this Science and Technology Park. I remember the fierce energy and enthusiasm that I saw with Professor Goran Djordjević, who wanted to make a laboratory extension facility at the Faculty of Electronics and the Science and Technology Park at any cost” said Vučić, adding that he would like Niš to reach and even surpass the level of Belgrade.

“People in Niš are especially hungry for success and it can’t be stopped. That is why I am sure that this is the most important thing we have done in Niš, the President of Serbia emphasized.

Darko Bulatović, the Mayor of Niš, said that the opening of the Science and Technology Park in Niš is another important day for the development of the city, and pointed out that thanks to President Vučić, the foundation of the “New Niš” had been laid.

“The most important event happened on October 14, 2016, with the seven-day visit to the city of Niš, when the foundations of the “New Niš” were laid and a permanent turn from decades of lagging behind and poverty when compared to the rest of Serbia was made,” Bulatović pointed out.

Bulatović stated that six new factories have been built and opened, and that a seventh factory is currently in construction phase, resulting in thousands of new jobs.

As he said, what the South of Serbia longed for is now unrolling thanks to the great support of the President Vučić and the Government of Serbia.

The director of the new Science and Technology Park Niš, Milan Randjelović, said today that this event is the final step in the decade long dream coming true.

“This is homage to the industrial history and tradition of Niš. We, who grew up in this city, witnessed both the strength and splendor of Niš, and, unfortunately, its painful collapse. “New innovative values ​​will be created here, based on a rich industrial tradition,” said Randjelović, who today has signed a contract with 31 start-up companies that become members of NTP, where, as he said, they will have a real development-friendly environment.

He reminded that Niš was well-known as the city of electronics, and added that he hopes that the city, as a university center and a nursery for ideas, will be renown for cutting-edge technologies.

The construction of NTP, as it was said, costed 12.5 million euros with the whole surrounding area, and together with the equipment of the Park and the construction of a new laboratory extension facility at the neighboring Faculty of Electronics, the level of investment will exceed 20 million euros. The money was provided through the European Investment Bank, and the investor is the Ministry of Education.

The construction and equipping project was managed by the the Public Investment Management Office of the Government of Serbia, while all activities under the contract were implemented by the Niš Office for Local Economic Development and Projects and the City, which was in charge of infrastructure and administrative support.

Three floors of about 2,200 square meters each were built, divided into office spaces for companies, with numerous accompanying facilities such as a fitness room, leisure time space and entertainment, restaurants and a coffee bar on the roof of the NTP. 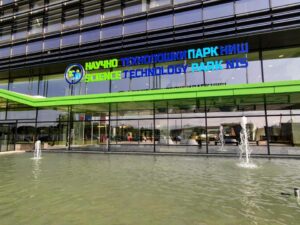 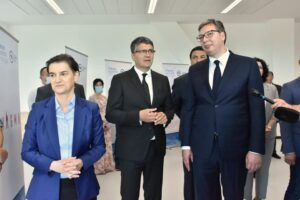 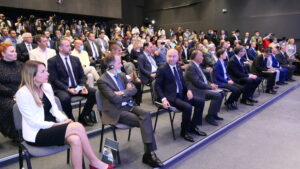 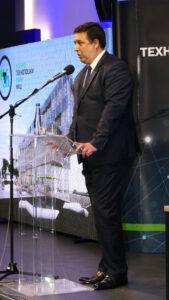 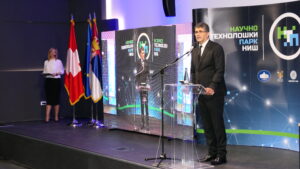 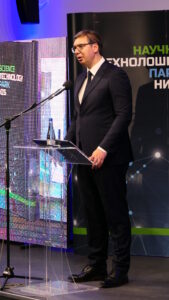 Niš acquires GIS until the end of the year

Ana Brnabić: Niška Banja is a huge resource and we have to see how to raise it